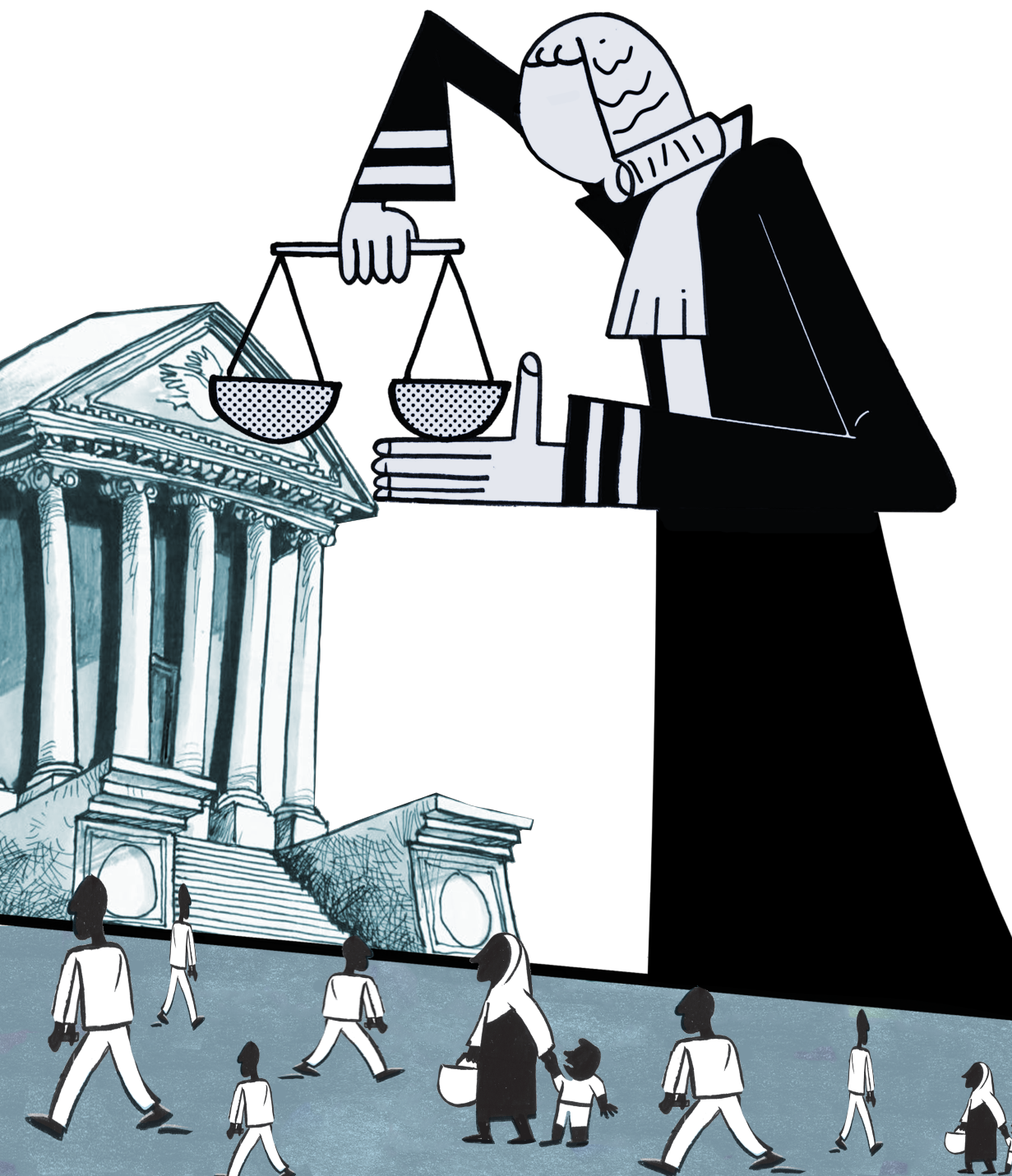 Twelve years have passed since the beginning of the Syrian revolution and after all the human rights violations and war crimes that took place in Syria, the international community still have not taken a firm and united position against those crimes, especially the ones conducted by the Syrian regime and its allies. Starting with the large-scale crimes such as the forced displacement, the hundreds of massacres and targeting the civilians and the infrastructure as well as the arbitrary detention and forced disappearance of civilians.

With all the war crimes taking place in Syria, the UN security council and other international organizations couldn’t take any serious steps toward the violations taking place against the civilians in Syria and couldn’t hold the war criminals to account as there was no possibility to conduct an international tribunal in Syria like there was in Rwanda and Yugoslavia because of the Russian and Chinese veto. Beside keeping Bashar Al-assad as a president of Syria, this is a major obstacle facing any political transition in Syria.

Despite all the challenges mentioned above, the victims’ groups and civil movements apart from the survival initiatives have taken the lead in mainstreaming the concept of transitional justice through two main paths. The first is focused on building awareness and mobilization. Many civil society organizations in Syria worked on conducting workshops and sets of training sessions, targeting different sectors of the community, explaining and advocating for the concept of transitional justice. With minimal resources and capabilities, these workshops and dialogues were vital in explaining the concept and the formation of a vision focused on what we can achieve in Syria.

The second path is focused on prosecution and accountability efforts. Syrian human rights organizations, with the support of international organizations, have been actively seeking to document the various violations, prepare judicial files, and support the formation of associations for victims and their families. They have begun to prosecute war criminals and perpetrators of violations who are outside Syria, using the judicial mechanism currently available, namely “International jurisdiction,” some countries have international criminal jurisdiction as a reserve jurisdiction in their penal codes to prosecute war criminals.

Over the past years, Syrian organizations have been documenting human rights violations in Syria, and these documents and testimonies have helped to set in motion and pave the way for transitional justice, which facilitates prosecution, accountability, and reparation. In practice, Syrian organizations have filed cases in some courts, most notably in Germany and France, to combat impunity for “international crimes” committed in Syria.

The first extraordinary event of its kind in the world was the life sentence for the highest-ranking security defector from the Syrian regime, so far, for being found guilty of war crimesnamely the murder and torture of Syrian civilians.

On January 13, 2012, after judicial hearings spanning more than a year, Colonel Anwar Ruslan, 58, was convicted by a German court in Koblenz for the torture of 4,000 detainees and causing 27 deaths out of 58, and two cases of rape, while leading the investigative department of branch 251, known as the “Khatib” branch in Damascus between April 2011 and September 2012.

The trial of Anwar Raslan resonated in the international media and generated fame among Syrians, with most welcoming the news, especially from Syrian human rights bodies working on the issue of accountability and justice. It was noted that, ” The UN’s comment came from Michelle Bachelet, the UN High Commissioner for Human Rights, who described the ruling as a “paradigm shift towards justice”.

Some believe that the trial faces many questions within the justice and transitional justice arena, in general, it is considered a victory and serves some justice for the victims of Anwar Raslan and their families. However, it remains within the framework of personal criminal justice with a political dimension. It does not necessarily mean hope for justice for all victims or the start of a transitional justice process that encompasses the complexities of the Syrian situation.

The term “justice” was mentioned in most of the statements related to the sentencing of Colonel Raslan, in the context of the beginning of the course of justice in Syria. However, when talking about justice as an absolute and clear value, it cannot be revoked or postponed under any circumstance or pretext. Human rights violations, from arbitrary detention to torture and killings by these agencies and their affiliates began not only with the start of the Syrian revolution in 2011, but it also became a usual situation affecting all of the participants in the demonstrations against the Syrian regime, after it only affected a small group of political opponents.

For some, the choice for the path of transitional justice may be contradictory to that of criminal justice, while the choice of the first does not necessarily mean that the second path should be excluded, particularly with regard to reparations for victims and accountability for perpetrators, but it also does not mean that all perpetrators will be held accountable and they may not be held accountable as expected. The link of transitional justice to the political and the negotiation process between the parties and the conflict may impose a type of compromise and alternatives to criminal accountability which may be limited to compensation and reparation in order to reach a general agreement that ends the state of the conflict that drains the parties’ resources.

Anwar Raslan’s trial was not the first of its kind. The French authorities announced in February 2020 the arrest of Majdi Nama, known as “Islam Alloush”, a former leader and spokesman for the Army of the Islam faction, a component of the Syrian opposition. The arrest occurred after seven members of the family of Syrian activist, Zaran Zaytouneh, and civil society organizations filed a complaint in June 2019 with the Crimes against Humanity Section of the National Counterterrorism Prosecution in France, regarding “acts of torture”, “enforced disappearances” and “crimes against humanity and war crimes” committed between 2012 and April 2018.

Another example is in early 2022, the trial of Syrian doctor Alaa al-Moussa which began in Frankfurt, Germany. The court charged al-Moussa with 18 counts of crimes against humanity and killing opponent figures. In June 2020, Alaa Moussa was arrested in the western German city of Hesse. The General Prosecutor’s Office also charged Al-Moussa with beatings on the head, stomach and genitals and injuries sustained by them.

Alaa al-Mousa, who arrived in Germany in 2015, had worked as a doctor in a prison run by the Syrian regime’s military intelligence between April 2011 and 2012 in Homs, Syria, until he was recognized by Syrian refugees in Germany with the help of civil society organizations, who filed a complaint against him with the German authorities.

Syrians have reacted extensively to the arrest and trial of Alaa al-Mousa, a war crime suspect, and have called for justice to be served on all those involved in war crimes and crimes against humanity in Syria.

In conclusion, there is a general belief among a large segment of Syrians that transitional justice will not be achieved until the conflict in Syria is over. Furthermore, in order to pave the way for real transitional justice and hold those accountable those who commit violations there has to be steps in place. These steps should include, establishing truth commissions that investigate violations, issuing recommendations to address them, and making proposals to prevent their recurrence in the future. Also, initiate prosecutions of offenders responsible for violations, provide reparation, including direct material and moral compensation for damages, rehabilitate victims and move to reform institutions, including dismantling repressive Syrian regime institutions such as the police and judiciary, and making constitutional amendments to avoid repetition of violations or impunity.