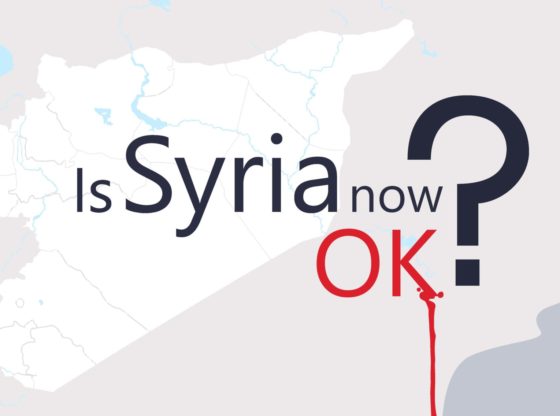 Is Syria now OK
-------------
While Russia is running the country, and the Iranian forces and their mercenaries supporting The Syrian Regime.
They are trying to convince the world that Syria is ok.
After the cessation of most military operations between the regime and the opposition in Syria.
Six foreign armies are operating inside Syria Russian, Iranian, American, Turkish, French, and British
US has 2 Airbases and 8 military points in Syria.
Russia has Naval Base in Tartus, and Hmeimim Airbase in Latakia
4300 active Russian military personnel (ABC News)

4082 arbitrary arrest Since the beginning of 2018
146 death under torture
1.3 Million Displacements in the Last 12 Months from Affected Areas. (UNHCR)

estimated the costs of Syria's reconstruction at $388 billion (The UN's Economic and Social Commission for Western Asia)
Unemployment rate: 50% (Congressional Research Service)
Youth Unemployment rate 78% (OCHA)
And Now What do you think?
Is Syria Now OK? 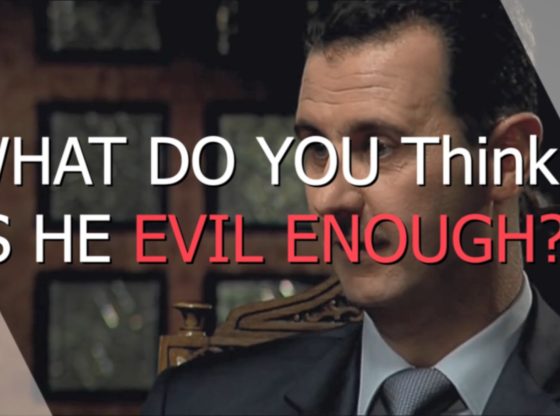 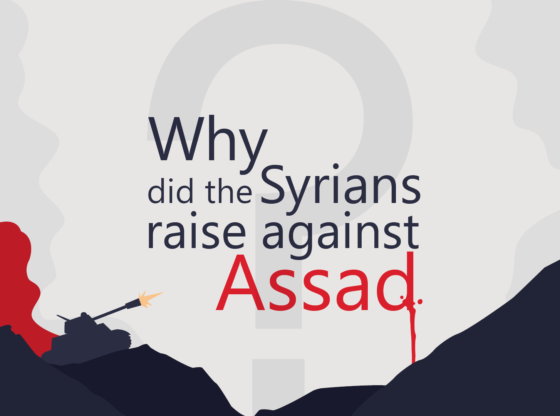 Why Did The Syrians Raise…