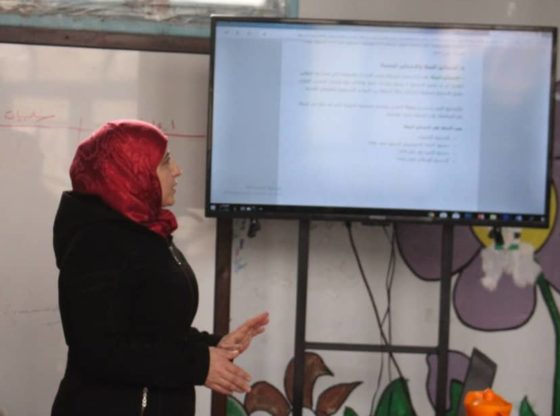 Mosaic Center launched a dialogue seminar about the constitution and constitutional committees. In cooperation with Syrian Women Gather. In Maarat al Numaan city northern Idlib. The seminar aimed to empower women politically. And increase her participation in the next political life.

As Ms. Huda Al Srjawi – the seminar supervisor and the women gather chief – said.  The seminar, in general, discussed the constitution essence and its definitions. Along with a glimpse of constitutions formation within democratic and tyrannical regimes.

The seminar included a presentation about Syrian constitutional history. from independence until now. Beside to describe permanent and temporary constitutions and the difference between them. The session finished by talking about constitutional commission. And the negotiations and its negotiation body and its working mechanism.

The seminar held in the sixth of this January 2019. Attended by 30 ladies interested in the subject and political empowerment. Along with representatives of women office in Maarat al Numaan council city.