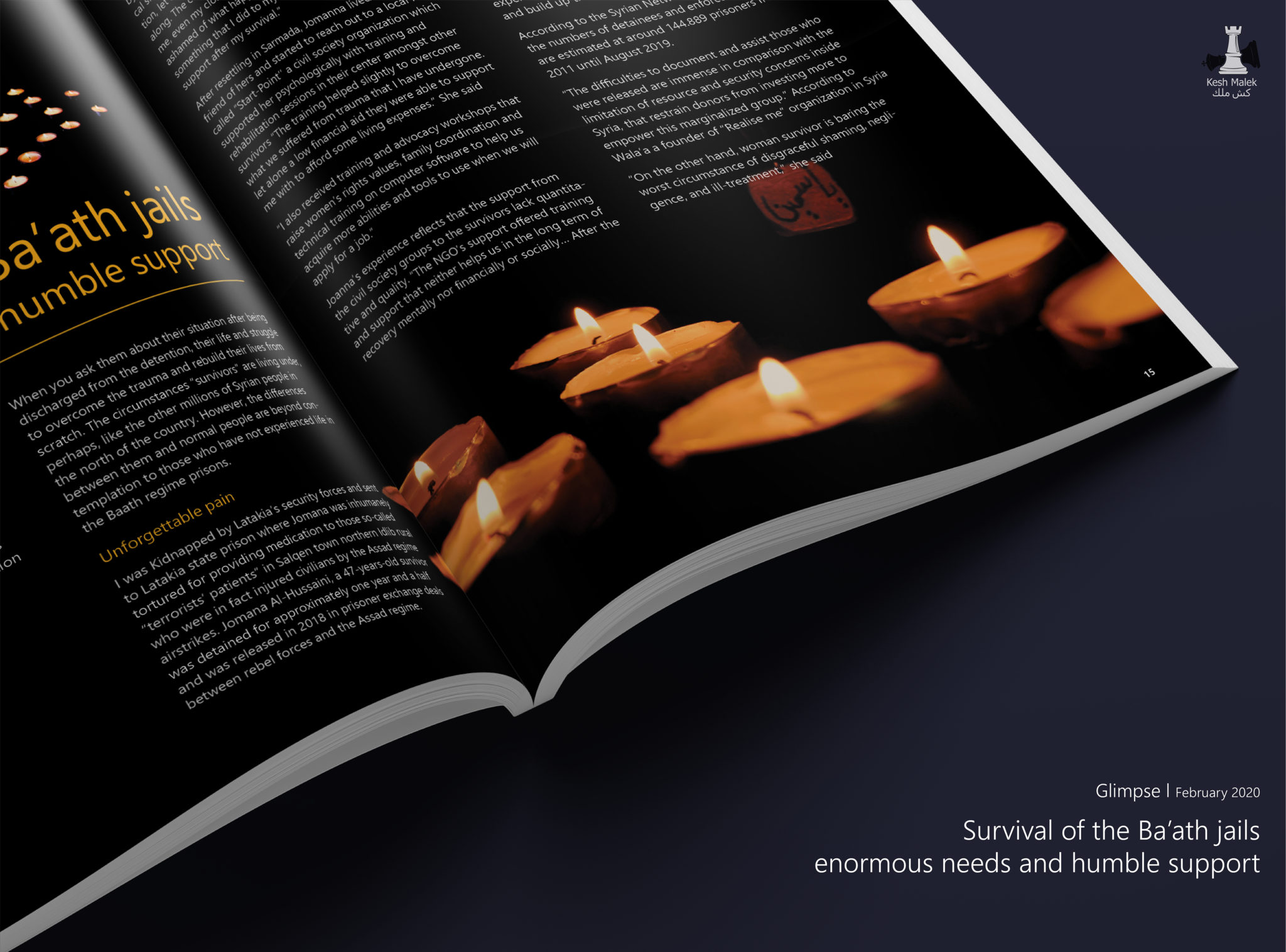 Survival of the Ba’ath jails – Enormous needs and humble support

When you get released from detention back to the free life, then you wish that you have never existed; A statement that resonates with hundreds of former detainees from Assad’s detention facilities following their release.

When you ask them about their situation after being discharged from the detention, their life and struggle to overcome the trauma and rebuild their lives from scratch. The circumstances “survivors” are living under, perhaps, like the other millions of Syrian people in the north of the country. However, the differences between them and normal people are beyond contemplation to those who have not experienced life in the Baath regime prisons.

I was Kidnapped by Latakia’s security forces and sent to Latakia state prison where Jomana was inhumanely tortured for providing medication to those so-called “terrorists’ patients” in Salqen town northern Idlib rural who were in fact injured civilians by the Assad regime airstrikes. Jomana, a 47-years-old survivor was detained for approximately one year and a half and was released in 2018 in prisoner exchange deals between rebel forces and the Assad regime.

Following her release, Jomana lacked support and was on the edge of the destitution, her husband married a different woman, her dad and mother died before she was released. “I felt worthless, unwanted and despised by everyone, even my close family, let alone my physical situation which was in a dreadful need for medication, let alone the mental distress that I was suffering along. The contemptuous way people were observing me, even my closest friends, made me feel judged and ashamed of what happened and being arrested was something that I did to myself, no one showed any support after my survival.”

After resettling in Sarmada, Jomanna lived with a friend of hers and started to reach out to a local NGO called “Start-Point” a civil society organization which supported her psychologically with training and rehabilitation sessions in their center amongst other survivors “The training helped slightly to overcome what we suffered from trauma that I have undergone. let alone a low financial aid they were able to support me with to afford some living expenses.” She said

“I also received training and advocacy workshops that raise women’s rights values, family coordination and technical training on computer software to help us acquire more abilities and tools to use when we will apply for a job.”

Joanna’s experience reflects that the support from the civil society groups to the survivors lack quantitative and quality.

The NGO’s support offered training and support that neither helps us in the long term of recovery mentally nor financially or socially… After the turmoil and detriment of spending years of our lives in prison how come such a short program would help us recover?

A few months later, Jomana found one of the life-changing assistance that helped her to restore somewhat a glimpse of her normal life. “Through a different organization program, I finally got back on my feet finally,” she said, “I received assistance from Kesh Malek through their well-known program Ta’afi or [recovery]”. The program supported Jomana with networking assistance sharing her CV among their NGOs who were looking for medical workers of her expertise. “I was lucky to have found and got that support that got me to work again and earn a living. However, there are a lot of survivors who do not have experience or something to do to help them survive and build up their life again.”

According to the Syrian Network for Human Rights, the numbers of detainees and enforced disappeared are estimated at around 144.889 prisoners from March 2011 until August 2019.

The difficulties to document and assist those who were released are immense in comparison with the limitation of resource and security concerns inside Syria, that restrain donors from investing more to empower this marginalized group.

Wala’a – Founder of Release me Organization

According to Wala’a a founder of “Release me” organization in Syria “On the other hand, woman survivor is baring the worst circumstance of disgraceful shaming, negligence, and ill-treatment,” she said

Walaa noted that the vast majority of survivors need rehabilitation to revive their hope in life and enable them to find work or study to rebuild up their future, their families.

“Release me” organization was originally founded in eastern Damascus suburb by a group of women community leaders to assist survivor mothers to look after their children after their release from Assad’s prisons.

“We worked voluntarily to look after the children and give the survivor mothers who were let down by society instead of getting double support.” “Realise me” organization has been working on getting training programs to enhance women’s capacity to engage them in the political sphere and to be an advocate for those who are still in prison and bring the criminals who tortured them to justice in the future.

On the same token, Kesh Malek Ta’afi’s project manager shared the long-term view of their programs that they are working on to advance former prisoners’ skills and capacitate them in their pursuit of equity, justice. Ta’afi’s project encompasses a total of 80  enabling them to recover their healthy life and build up their future.

According to the program manager “Ahmad Helmi” who is a former detainee himself, The program works on proving accommodation, physical, phycological support and training programs as well as training them with civil society organizations and getting a job that meets their field of expertise and ultimately feels somewhat back on track.

“There is scant help available for survivors of detention, as needs exceed the capacity of the regional civil society organizations and local initiatives in Syria,” Helmi said

“Our role as survivors and civil society is to champion survivors’ struggle and help them endeavor better life and advocate for the thousands of the innocent disappeared in Assad’s prisons and help them to hold the responsibility of these crimes to the dock of justice.” 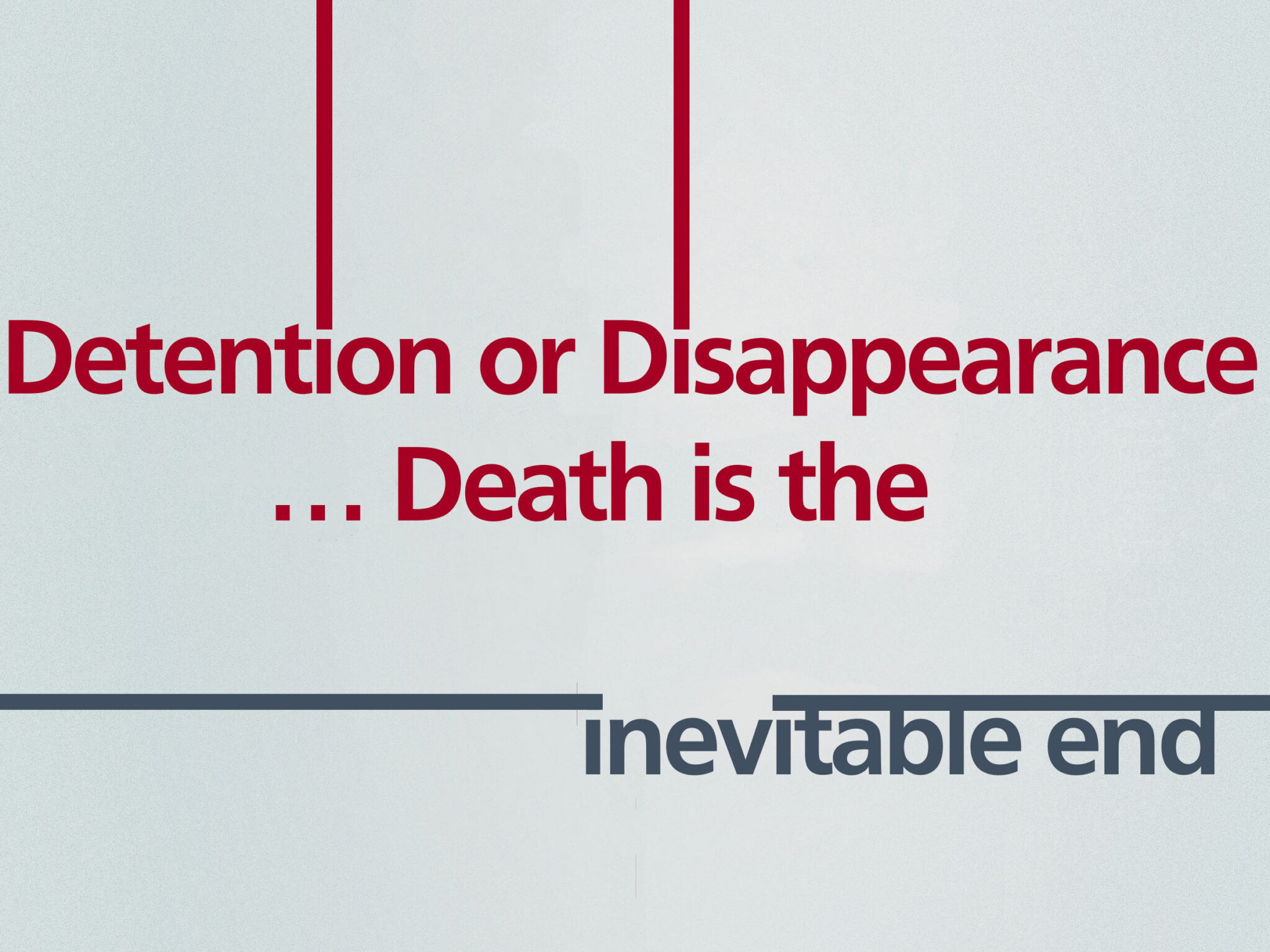 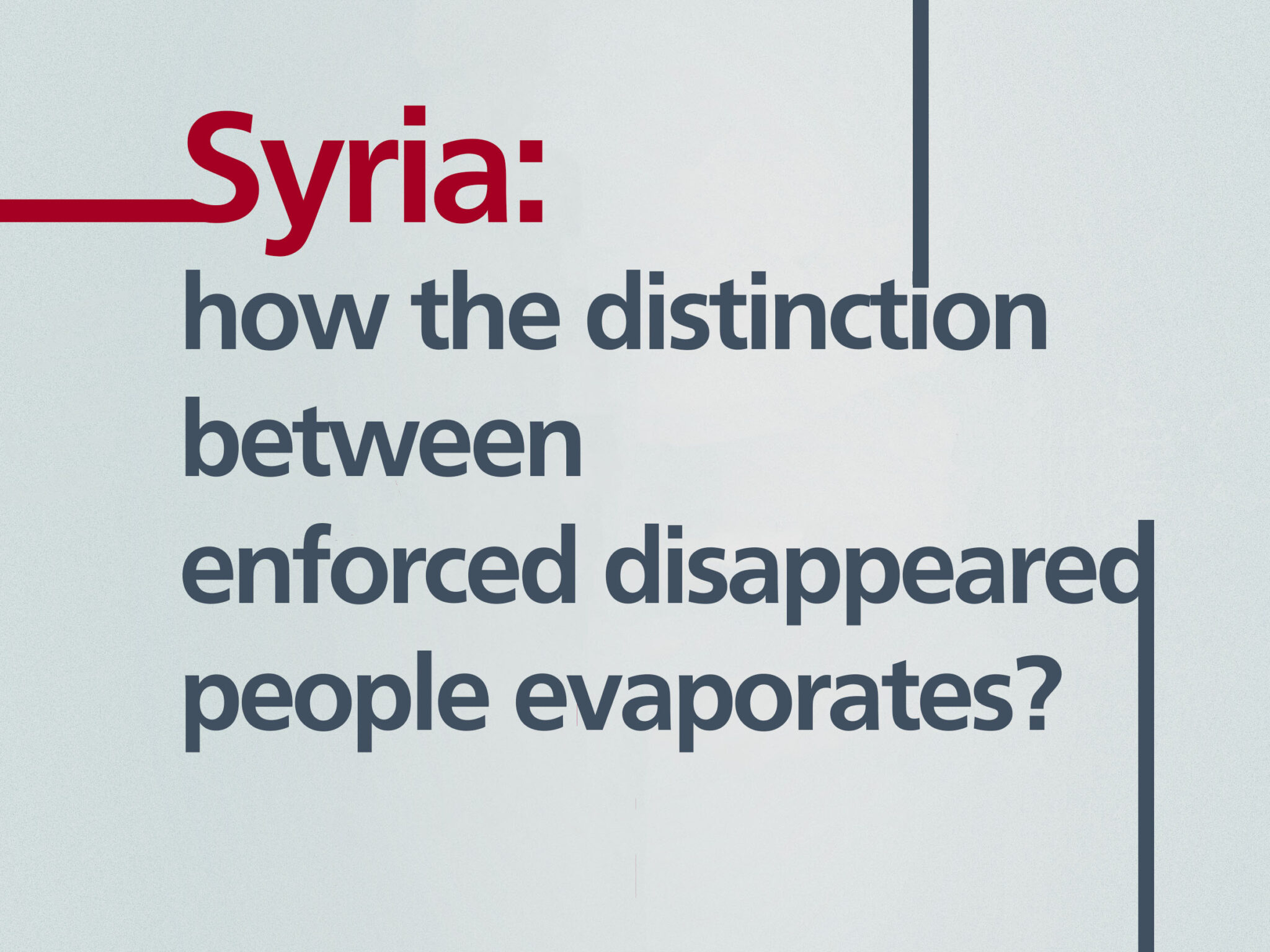